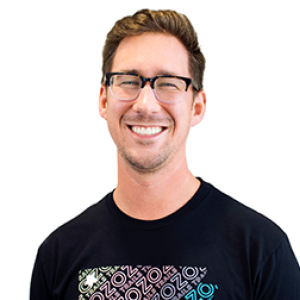 It might sound cliché, but at SupplyPike our greatest assets are our people. From April 5th-7th, several members of the SupplyPike family participated in and placed in the top spots alongside some of the high powered teams in the area at Startup Weekend, an event aimed at entrepreneurs that partners with Techstars and Google for Startups.

What is Startup Weekend?

The weekend long contest begins with a product or company pitch, after which teams are formed and the product or business idea comes to life.  Hypotheses become prototypes, tertiary ideas become business strategy, and a single line of code can turn into an app ready for deployment.

Dennis Wemyss, a UX designer at SupplyPike, started organizing the Northwest Arkansas Startup weekend in 2018 after winning the first local competition in 2013 and coaching and mentoring in 2015.  His idea was a platform that connects agencies with professional photographers around the world. Instead of traveling to San Francisco for a photo shoot, the platform would connect to a local photographer that was in San Francisco. Over the course of the weekend, his coaches and mentors helped him prepare a winning presentation for Sunday.

This year, over 75 participants and volunteers participated in the event. SupplyPike’s team members fared well, and placed in the top spots in the competition.

Vibage is an app that allows anyone to create a collaborative music queue that anyone with a smartphone can add songs to and the most liked song is played next. This could be used anywhere like in a car with your friends or in a bar or coffee house such that the music that is played can be crowdsourced.

Kanat worked with Omar Kassim (Juice Palm founder) and Maggie Owens (of Specialized) to create a freelancing platform called Sider that connects local business owners with local college students for one-time professional needs such as graphic design or a social media campaign. Our hypothesis was that if the platform analyzes the project details and sets the price, we can offer comparative advantage over agencies while earning students great side income.

Canon’s team created a 3d printer that is designed for manufacturing called Flip. It can run non-stop and has 16 times the output of a regular 3D printer. Here’s a rendering of what the printer would look like in production.

SupplyPike, much like Startup Weekend, encourages entrepreneurship, continuous learning, and intellectual curiosity in life and the workplace.

Interested in building a company over a weekend? Visit https://startupweekend.org/ for more information.

Congratulations to Tyler, Kanat, and Canon as well as a job well done to Dennis for organizing the whole weekend!

Making sure you are compliant with OTIF requirements can be tricky. You’ll need to do in-depth analysis into potential issues, such as warehouse issues and carrier delays. The various silos of your organization must interact with each other to ensure full compliance and prevent future chargebacks from happening.

Why is OTIF Important?

Not complying with your purchasers’ OTIF requirements can be very costly, and result in hefty fines. For example, Walmart fines its vendors 3% of the cost of goods sold if the order fails OTIF requirements. In 2016, Target stores increased their OTIF penalties to 5% of the order cost, five times what it previously was. That kind of money adds up!

How to explain OTIF to your 5-year-old

OTIF stands for On Time In Full and is a key performance indicator (KPI) of your products’ supply chain. OTIF is a crucial measurement of how well your operations team fulfills your orders according to the requirements of your customers.

Walmart Sales Analytics – Inside the Insights

In the world of retail, sales is king. Therefore, each retailer tends to use similar sales metrics with a few exceptions. Walmart, as the world’s