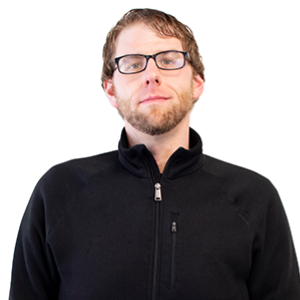 Re-classifications and re-weighs occur when a shipment’s density or weight is miscalculated during the quoting process and, upon inspection by the carrier, it is revealed that the shipment is either a different class and/or weight than what was calculated and stated on the BOL. Carriers inspect every piece of freight that comes through their terminals with exceptionally well calibrated and functioning dimension readers and scales. When what is stated on the BOL does not match their findings, re-classifications and/or re-weighs occur, resulting in the original price quote being invalidated and a new freight charge being put into place. Re-classifications and re-weighs can result in charges for a shipment going up either a small amount or a large amount depending on how incorrect the original quoted classification or weight was. Say a shipment was quoted and shipped as a Class 175, but upon inspection is found to actually be Class 250. This would cause charges to increase by several hundred dollars; whereas a shipment quoted and moved initially as a Class 70 but upon inspection is found to be a Class 85 can result in charges only going up a small amount. By the same token, a shipment that upon inspection is found to have the correct density but an incorrect weight will result in a re-weigh. Re-weighs are often not as serious as a re-class provided that the new, corrected weight does not change the classification of the freight. However, if the weight is found to be far more than what was originally stated, even in spite of the class remaining the same, the price can go up. We will explore this further in the examples listed below.

What if the carrier is “wrong”?

If a shipment has been reweighed or reclassified and you believe the carrier’s findings to be in error, it is possible for Ship Customer Support to file a dispute on your behalf. However, in order for Ship to be able to justify the time and resources that it takes to conduct a formal dispute with a carrier, they will require absolute rock solid proof in order to do so.

In addition to items easily obtainable by your account representative via their own resources, there are several items that they will need for you to provide for them in order for the dispute to have a chance for the carrier’s findings to be reversed. Items such as…
Learn More
PrevPreviousThe Butterfly Effect and Your Supply Chain: How to Overcome It
NextExplaining EDI: 800 Transaction CodesNext

What is ABC Analysis?

Which products, customers, or purchased parts are the largest contributors to your company’s success? An ABC analysis can help you find this information out

The Basics of Walmart Replenishment

Walmart’s global inventory is worth billions, so how does the retail giant maintain it? Here are the three basics of Walmart’s replenishment strategy.