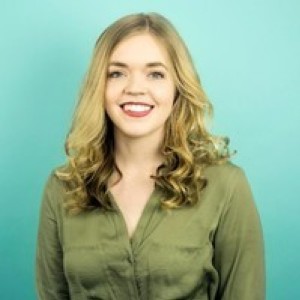 Share on facebook
Facebook
Share on twitter
Twitter
Share on linkedin
LinkedIn
Finding NWA, a leading resource for welcoming residents to Northwest Arkansas, just released an article about NWA tech companies making waves in the area. They reached out to a few leaders of those companies to learn about “how they’re pioneering their field in NWA”, including SupplyPike, RevUnit, and Bucket Technologies.

“There’s a perception on the coast that people in Northwest Arkansas don’t work on cutting-edge technology like blockchain, machine learning, and artificial intelligence,” said TJ Sangameswaran, Director of SupplyPike. “By working on these kinds of technologies we’re showing that important, impactful research happens everywhere. The research we do can shift the industry.”

TJ talked with Finding NWA about the advances in blockchain that our company is currently experimenting with.

“It’s critical for us to be at the forefront of innovation,” he said. “Supply chain has many players, including carriers, warehouses, retailers, and trade partners. But nobody has a holistic view of the entire supply chain end-to-end. The information being on the blockchain, where there’s a single, undisputed version of the truth, will probably be the most important application of blockchain in supply chain. Once we have it all in blockchain then we can have smart contracts and automatic movement of money.”

The key to innovation in a field such as supply chain is securing the tech talent to back it up. The article touches on the ways we invest in our engineers, including “10% days”, where engineers spend every other Friday pausing their current work projects to discover, learn and test new technologies.

“They’re working on the next big thing in supply chain, which is exciting and new,” said TJ. “These engineers are on the leading edge of not just technology but also of an industry. They’re actively doing things to disrupt an industry, which makes the team very excited about their job.”

To read more about the burgeoning tech industry in Northwest Arkansas and the companies contributing to it, check out the full article on Finding NWA.
Learn More
PrevPreviousUltimate Glossary of EDI Terms
NextQuestions to Help You Improve OTIF ScoresNext

What is ABC Analysis?

Which products, customers, or purchased parts are the largest contributors to your company’s success? An ABC analysis can help you find this information out

The Basics of Walmart Replenishment

Walmart’s global inventory is worth billions, so how does the retail giant maintain it? Here are the three basics of Walmart’s replenishment strategy.